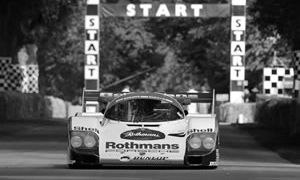 All the team at JMG Porsche are Porsche enthusiasts as well as qualified Porsche technicians, some of them lucky enough to own their own Porsche cars themselves or have previously owned them.

The team can often be seen at Porsche events up and down the country, as well as local Porsche club meetings.

Jon has been involved with the independent Porsche enthusiasts club for over a decade now as a technical advisor as well as being the original founding member of the Southern Region. Although the pressures of running a Porsche garage now prevent him from being involved with local meetings and online forums as much as he once did.

One event that the team used to often attend was the Poole "Porsche on the Quay" events, which has sadly now ended (get your finger out Poole council!) But now attend the Weymouth event as well as others when we can, which give JMG the chance to meet old and new friends in the Porsche community.

It is enthusiasm though that not only fuels the determination to be the best, but also to innovate new products to solve Porsche problems. It was just this enthusiasm that in 2005 caused JMG to develop a solution for the replacement of dashboard speakers in Boxster and 996 models in partnership with 9XX, even today this kit is sent throughout the world to Boxster and 996 owners wishing to upgrade their speakers.

Development of new improved products continues, as it has done for many years, from the performance products for the now 30 year old 944 and 911 models, through to ongoing development for current Porsche models in production today.

The team always have a project car on the go, developing a new product or improving the business to give Porsche owners better service. At the time of writing